I welcome today's release of the Western Sydney Airport Draft Environmental Impact Statement, but as the airport is further developed by the Federal Government, the Prime Minister Malcolm Turnbull must do a better job of communicating with our community about the impacts - environmental, noise, congestion etc - his Government's airport will have on our lives.

In an earlier blog post, I explained that the airport only had the conditional support of the NSW Labor Opposition if the Federal Government:

Now that the EIS has been released, the Turnbull and Baird Governments must commit to building rail links to the city and major centres, like Penrith. This is the only way the airport will be able to work efficiently in the long term.

Mr Turnbull also needs to come clean on the curfew question once and for all.

In my opinion, I don’t think there should be one rule for the city and one rule for the west. If Mascot is to retain its curfew then the Turnbull Government's new airport should also have a curfew.

Having said that, the problem with the Government's handling of this issue to date is that there has been no concrete information made available to us. We should at least be given the courtesy and respect of a straight answer.

Unfortunately, I still have concerns about the impact of the airport on the World Heritage listed Blue Mountains National Park.

The EIS analysis says very little of any substance about the potential impact on the Greater Blue Mountains World Heritage Area of “aircraft overflight” above our National Parks.

Since substantial areas of the World Heritage area and our drinking water catchment area will be beneath the new flight paths, the EIS should address what needs to be done to protect these areas instead of pretending that because the proposed flight paths are “indicative only” it can’t yet thoroughly analyse those impacts.

We should not have to wait until the airport is up and running to start looking at the environmental impacts on our drinking water supply or our National Parks – these concerns need to be investigated and addressed now.

I would encourage concerned members of our community to contact our Federal MP, Louise Markus. It is her colleagues in the Liberal Party who are pushing the airport agenda, so she must be made aware of the community's views. 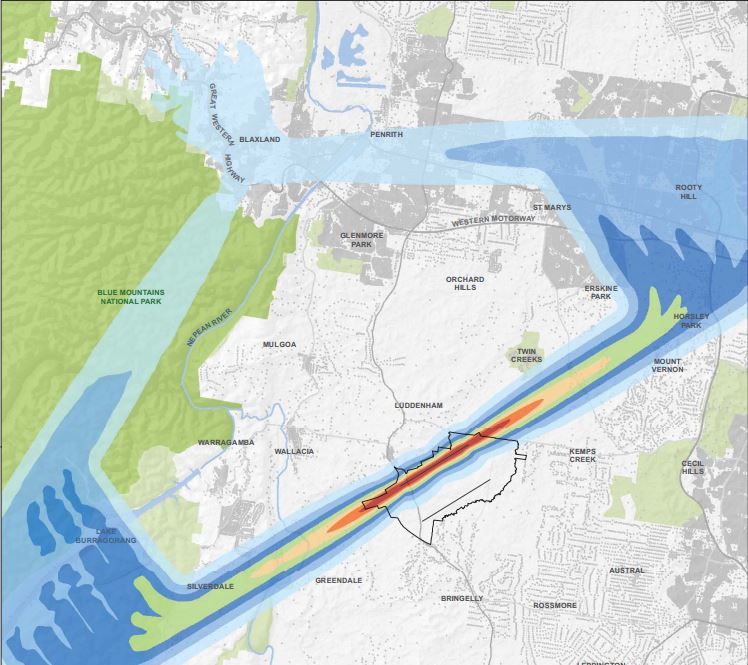